The word blepharo means “eyelid”, and spasm refers to “uncontrolled muscle contraction”. The term blepharospasm can be applied to any abnormal blinking or eyelid tic or twitch resulting from any cause, ranging from common dry eyes to neurologic conditions such as Tourette’s syndrome and tardive dyskinesia. The blepharospasm that is often encountered is sometimes called benign essential blepharospasm (BEB) to distinguish it from other blinking disorders. “Benign” indicates that the condition is not life threatening, and “essential” is a medical term meaning “of unknown cause”. Patients with blepharospasm have normal eyes. The visual disturbance is due solely to the forced closure of the eyelids, where patients are functionally blind when the spasm is occurring.

Learn more about our Neuro-ophthalmologist today 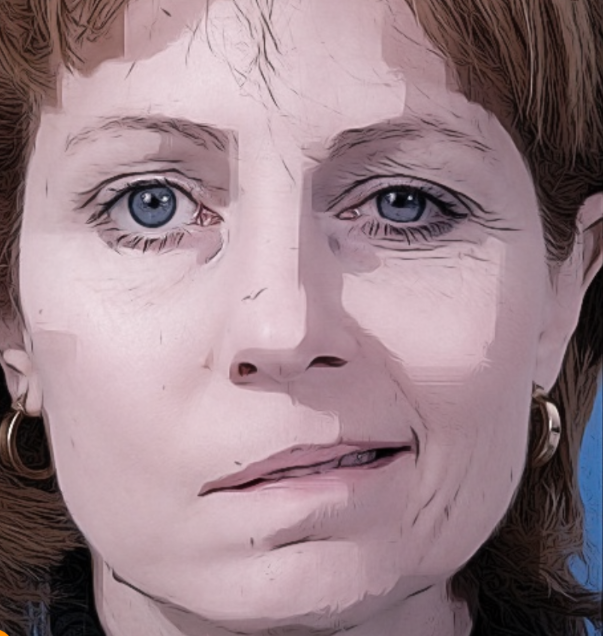 Blepharospasm should not be confused with:

Essential blepharospasm affects women about twice as commonly as men. It is more common in older age and typically develops in the sixth decade. Blepharospasm usually begins gradually with excessive blinking and/or eye irritation. In the early stages it may only occur with specific precipitating stressors, such as bright lights, fatigue, and emotional tension. As the condition progresses, it occurs frequently during the day. The spasms disappear in sleep, and some people find that after a good night’s sleep, the spasms don’t appear for several hours after waking. Concentrating on a specific task may reduce the frequency of the spasms. As the condition progresses, the spasms may intensify so that when they occur, the patient is functionally blind; and the eyelids may remain forcefully closed for several hours at a time.

Blepharospasm is thought to be due to abnormal functioning of the basal ganglia which is situated at the base of the brain. The basal ganglia play a role in all coordinated movements. We still do not know what goes wrong in the basal ganglia. It may be there is a disturbance of various “messenger” chemicals involved in transmitting information from one nerve cell to another. In most people, it develops spontaneously with no known precipitating factor. However, it has been observed that the signs and symptoms of dry eye frequently precede and/or occur concomitantly with blepharospasm. Infrequently, it may be a familial disease with more than one family member affected. Blepharospasm can also occur with dystonia affecting the mouth and/or jaw (oromandibular dystonia, Meige syndrome). In such cases, spasms of the eyelids are accompanied by jaw clenching or mouth opening, grimacing, and tongue protrusion. Blepharospasm can be induced by drugs, such as those used to treat Parkinson’s disease. When it is due to antiparkinsonian drugs, reducing the dose alleviates the problem. 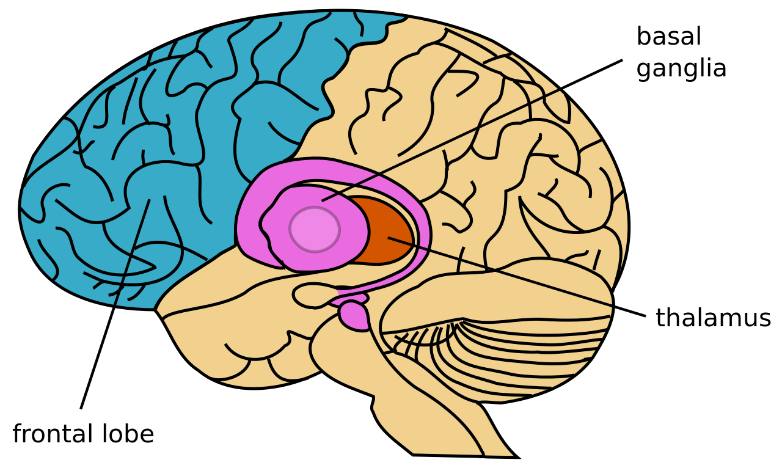